All of Google’s searches are based on its algorithms which are focused on providing the best search results to its users. Google has always paid attention to the quality of contents in the websites- their titles, tags, meta descriptions, organic links to the page and many other similar parameters. These are very crucial in order to return useful and relevant search results which answers to the query of the user. Over the years, Google has announced various updates in order to improve its search result quality. Following are some algorithm updates which has been a major change to the traditional search algorithm. 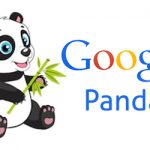 Google Panda is a Google’s search results ranking algorithm which was named after Navneet Panda who developed it. Panda algorithm focused to lower the rank of low-quality sites, and put higher-quality sites near the top of the search results of Google. Google developed a set of parameters that would help them in separating websites into High Quality and Low-Quality sites. The algorithm is used basically as a document classifier, which means that it is a program that scans individual Web documents and assesses them.

When Black Hat SEO techniques started being implemented a lot then Google came up with a Penguin update which aimed at decreasing search engine rankings of websites that violate Google’s Webmaster Guidelines. Black-hat SEO techniques attempt to increase the ranking of a webpage artificially. Google has announced all updates to the Penguin filter to the public. Penguin update is efficient in identifying websites that involve in tempering with Google’s search results, in particular, those doing so by buying links or obtaining them through link networks designed primarily to boost Google rankings by unfair means.

Hummingbird is a search algorithm that Google is using since September 2013. The name ‘Hummingbird’ comes from being accurate and swift. Hummingbird algorithm is designed to increase focus on the meaning behind the words used for search.
The algorithm puts extra attention to each word in a query, making sure that the whole query (context or the complete meaning)is taken into account for showing the search result, rather than particular words or keywords. The reason behind such action is very simple. The pages matching the meaning serve better result, rather than pages matching just a few keywords. It also has a close look at content on individual pages of a website, which increases the ability to lead users directly to the most appropriate page rather than just a website’s homepage.
Thus, the website owners are encouraged to optimize their sites with natural writing rather than forced keywords which often doesn’t solve the purpose of the query by users.

The Pigeon update came out in the year 2013 and it has aimed to increase the ranking of local listing in a search query. Two major factors that were taken into consideration were Location and Distance. This is quite useful for the user and local businesses as this helped the local businesses to have strong organic web existence. Pigeon update helped local businesses a lot by including Location and Distance as key parts of the search strategy. This improved the quality of local searches significantly and provided more relevant results to the users.

RankBrain is considered to be the third most important signal in determining ranking on Google search results. RankBrain is a Google Search algorithm which uses artificial intelligence system. The use of RankBrain by Google started from October 2015. This algorithm helps Google to process search results and provide more relevant search results for users. RankBrain comes into action when an unfamiliar search term is found in the query of the user. By using Artificial intelligence techniques, the algorithm can make a guess as to what words or phrases might have a similar meaning to the unfamiliar search term and then filter the result accordingly, making it more effective at handling new search queries or keywords.

Possum is a term which wasn’t coined by Google for its algorithm update. Instead, this term was assigned by the local search community to the massive local algorithm update in 2016. This update appeared to be the most significant impact on the Google’s local pack and local finder results. Though the Possum update was never officially confirmed by Google, the local SEO can only assume about the update’s actual purpose and effects on search results. Possum’s objective was to achieve diversification of local search results. If a business is situated on the city borders, then no matter how hard it tried, it was never able to rank higher in the search results as the algorithm used to rank the city businesses. But when Possum rolled out, these businesses saw a remarkable increase in their rankings.

Google Fred was not just one update but a name given to several different updates. Google Fred is an algorithm update that targets black-hat tactics that has the purpose of aggressive monetization through ads. This Google update aimed at black-hat SEO tactics which involved low-quality sites with forced keyword stuffing for the sake of running ads successfully. This Google update caused a huge shift in rankings and traffic for sites deploying black-hat SEO and heavy ad monetization tactics.

The websites using Black Hat SEO techniques are characterized by: